Singer and songwriter Bobby Bru was raised in Miami, Florida. At the age of 12, he began working with Betty Wright, the iconic soul singer and mentor to a new generation of young artists. While under her guidance, he performed background vocals on tracks for XXXTENTACION and Bazzi. Now 22 years old, after years of training he has released his debut single “The Feeling” with Miami producer, Ray Martinez, who recorded, arranged, mixed and produced the track. The feel-good upbeat pop track, has now been remixed for the dancefloor with a strong Latin House influence by songwriter, remixer, producer and DJ, Pabanor. 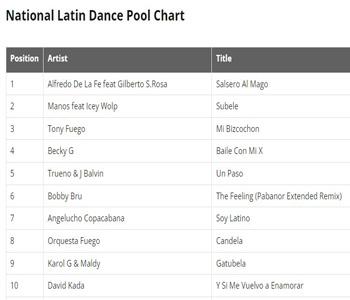 Born in Cuba and raised in New Jersey, Pabanor has worked with everyone from El General to David Hasselhoff. His collaborative footprints can be found on works by artists such as, Clarence Clemons, Marc Anthony, Ray Martinez, Lucia Mendez, Juan Carlos Coronel, “Fulanito” Dose, and Jose El Enano aka El Chico Bom Bon. He has also played an active role in the realization of several shows, concerts, international events, remixes and jingles.

Pabanor has collaborated with legendary producers in the Latin market, as well as Anglo and Jose Silva, whose credits include ABBA, Pointer Sisters, Lionel Ritchie, Chichi Peralta, and many other well-known artists. Throughout the Pabanor remix of “The Feeling”, Bobby Bru’s stunning vocals are constantly juxtaposed against the dynamic rhythms, the colorful instrumentation, and the mellifluous female backing voices. There is a sort of enchanting power to it. 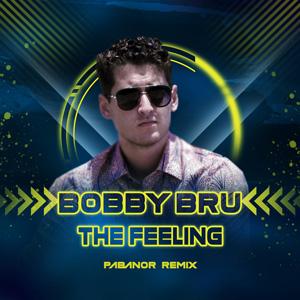 The song is made to be danced to, or driven to, with the euphoric rhythms accompanied by a bright and excited Bobby Bru, who croons about the feelings of love, and the positives of that metaphor all included. “The feeling that I get when she touches me. I know that everything will be all right. She tells me that boy we’re meant to be, and I get those butterflies inside,” sings Bobby Bru, as he unfolds the sentimental narrative. It is instantly appealing and endearing.

The acknowledgment that falling into love makes you feel great while simultaneously making you extremely vulnerable is summed up with the phrase: “But I have some reservation. That’s what’s causing my hesitation. And this could be just infatuation or a serious situation.” At the end of the day “The Feeling (Pabanor Mix)” is a wonderfully bright, inspirational and ambitious piece of work, brimming with confidence and joy.

Stylistically, everything on this single melds brilliantly as Bobby Bru’s pure pop sensibilities combine with Pabanor’s Latin House flavors to project a satiating vibe with its summery, breezy sonics. Its charm is in both the melodic and musical detail. The result is a track that is already rising to the top of DJ Life Magazine’s National Latin Dance Pool Chart.