It can be hard to write about The Antenna Tribe because everything about the project’s music, from the sound to the lyrics, feels ineffably mystical, mysterious and mesmerizing. Every song appears to be like a sculpted object of words and sounds onto which the listener can project his or her feelings and emotions. Unassumingly elegant and deceptively complex, The Antenna Tribe deliver music that delights at the first discovery and engrosses upon repeated listens. 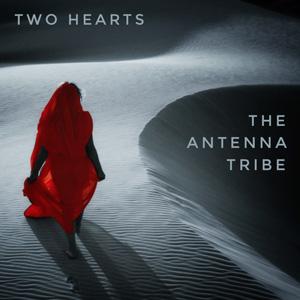 The project consists of a multi-instrumentalist producer of predominantly electronic Lo-Fi music who works with several internationally based female and male singer-songwriters. The Los Angeles producer writes and produces all of the music as well as some of the lyrics, and then collaborate with choice singer-songwriters in refining and finalizing the tracks.

The ultimate single releases from The Antenna Tribe, namely “Two Hearts” and “Be There”, both feature the vocal talents of the Rome based songstress Silke. The track, “Two Hearts” is like a slow creme-brûlée building towards a breakthrough chorus.

The Antenna Tribe’s crisp, warm and rich soundscape contrasts with Silke at her sultriest. The total composition is a clinic in blending dream pop, trip-hop and lo-fi efficiency – every note is in its right place, every part contributes to the whole.

“Two Hearts” bears the full fruits of Silke’s sonorous and sensuous voice, which maintains a timbre and tone that at times hugs the listener like a lover, and at others haunts them like a ghost in the night. Slowly unfurling and poignantly elegant, it sits comfortably in between The Antenna Tribe’s beautiful atmospherics and the steadily slapping drumbeat.

The producer never buries the music beneath too many layers of synthesizers, nor does he lose himself in overwhelming walls of complex sound, always keeping his feet firmly on the backbeat’s terra firma, allowing the vocals and harmonies to expand and diffuse. 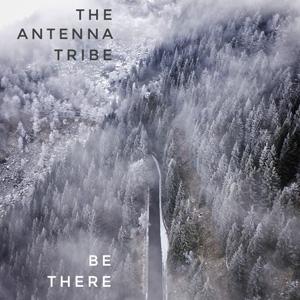 The latest single, “Be There” turns up the tempo dial, and while the music is deeply layered, it’s never dense or impenetrable. The beat and unwavering rhythmic pulses become hypnotic as they anchor the atmospheric synths and ethereal vocals.

A huge swoosh of melody sweeps through the arrangement, as Silke’s voice unfolds into endless washes of harmony. It’s a marvelously executed song, utterly within the producer and the singer’s comfort zones.

“Be There” is certainly one of The Antenna Tribe’s most realized singles; it oozes with self-belief and a dogged commitment to perfection. It’s no coincidence that The Antenna Tribe is immediately distinct from its contemporaries, no matter the similarities.

Impeccable craftmanship, captivating and glimmering arrangements, as well as an uncanny ability to spell out vulnerability and yearning, are only some of the discerning qualities of this project.

These singles provide an enticing sonic journey that seems like it is actually progressing somewhere even more exciting. All the components of these tracks make for gorgeous crystalline songs. The strength of its songwriting, production and the vocal features, ensure that The Antenna Tribe project continues on its upward trajectory, while carving out its very own lane.