Tc Alien is a Pop/Dance Music Artist/musician, who were born in Spanish Town, Jamaica. While growing up, he got exposed to the up tempo dance music on the radio and felt a strong emotional connection with the genre. His musical influences include the likes of Haddaway, Cher, La Bouche among others. 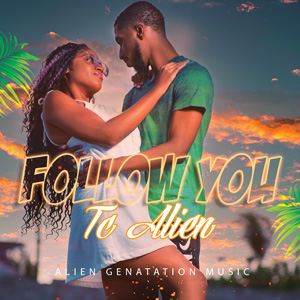 The genre has inspired Tc Alien immensely and ignited his passion to become a musician and subsequently he began experimenting with different musical instruments such as the piano and drums.

Tc Alien the consummate musician, who also creates musical, for genres such as Reggae, Dancehall. His beats have provided musical accompaniment for popular records across the world. Among such artists that have added their vocals to his instrumental tracks are Lutan Fyah, Bounty Killer, Beenie Man, Exile Di Brave, Masta Recka and Fitzroy Lee, among several others.

The Jamaican musician has also created beats for non-reggae artists, and takes pride in his ability to articulate them in coherent musical accompaniment, he has made for the track “Floating Around the Sun” by Boston based New Age/Alternative/Indie band, Dynasty Electrik.

Having spent the last few years creating music for several artists around the world, Tc Alien has recently launched his career as an artist, with his first single, a dance track entitled “Follow You”, which is available on all online platforms. Tc Alien is on radio rotation with the track “Follow You”.