On his single “Feel It”, Roger Ball II, alias Sublimitis, proves his status as one of the most exciting and innovative up and coming EDM producers in the underground scene.  Mixing multiple genres from hip-hop, dance and pop, to experimental electronica, the creative started out his musical journey as a keyboardist and bassist in various bands. Part of his journey also included building live production sets for bands. Since he started producing music just over 2 years ago, Roger has worked behind the scenes with various artists as a ghost producer, and has now decided to step into the limelight in the first person, as Sublimitis. His single, “Feel It”, is the first release taken off his upcoming EP, “Horizons”, set to drop in September. 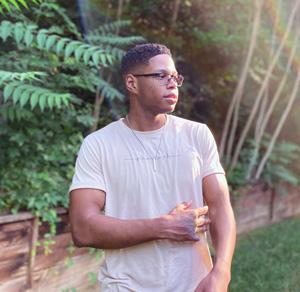 Creating his own kaleidoscope of color and sound, this track is a vivid experience in it’s own right. It won’t just be the soundtrack of the club, but will also become the soundtrack for making every party a vibrant pumping celebration of life.  As Sublimitis pushes the boundaries on the production and gives you some truly unexpected moments, he will have you dancing through the whole duration of the song.

After two years of harvesting his talent and cultivating a unique sound, Sublimitis has reached one of the most important peaks for any artist – stepping up to the plate in the first person, and showing the world the state of his craft. Everything seems to be perfectly aligned for the release. The powerful vocals are pure fire, and mixes with an amazing melody, which Sublimitis twists and turns using his studio wizardry.

The slamming drums underscore a resonant bassline, and a powerful chord progression, which will immediately make you want to jump and dance, shaking your body across the whole room. If you could imagine it, this is the sound of colors flying through your ears. Featuring warped, chopped, and amazingly engineered, and constructed sounds, “Feel It” is the perfect example of the musical maturity Sublimitis has reached. 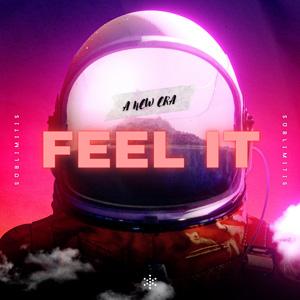 Sublimitis truly transports you to another dimension through his music. A dimension where your soul and senses float together, reaching its sensorial peak. The message is loud. It is clear. The melody, the whole track is just something else.

“Bright lights in the city. Every sound has got me moving to the beat. My head won’t stop spinning. Electric energy it washes over me,” are the opening lines to “Feel It”, which sounds at once retro and classic, as well as, fresh and futuristic.

“Feel It” completely and utterly managed to reach and crush every single one of my expectations. Not only the amazing vocal job or the sublime production work by Sublimitis, but the complete sense of the single project makes this a stirring release. This is one track worth listening to, not only as you dance the night away, or while doing something else, but to completely admire its genius production touches.

Sublimitis with “Feel It”, proves beyond a shadow of a doubt that his music is sonically cohesive and still unpredictable. It highlights how he can walk the line between mainstream and experimental sounds within the same track. Moreover, it showcases the range at which Sublimitis can stretch his sound while staying true to himself.