DJ Brix & Jamie Neil form a German electronic music duo, launched in Cologne during 1999. The two members originally met a year earlier to work on a remix in a recording studio. The initial
project blossomed from that collaboration and the two started working on more release together, oscillating between Trance, EDM and Hardstyle influences. After a series of single releases, the duo finally drop their debut album, entitled “The Beginning”, which finds DJ Brix & Jamie Neil interchanging and combining their duties as audio engineers, mixers and sound designers. 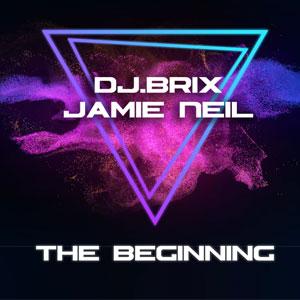 If you are looking for a sonic motivator then look no further than the 12-track “The Beginning” album.  If you know next-to-nothing about the German duo behind the music, and know even less about the EDM music scene, this album will compel you to delve deeper.

The opener “Hold My Hand” is a bold and welcoming start to the recording, giving the listener an indication of exactly what is to be expected as the album proceeds. Driving rhythms, twisting synths, and soaring melodic vocals ignite the momentum.

The intro of “Thinking Of You” shifts the pace down quickly, from the previous track, with a gentle piano and string interlude, but it only lasts for a minute before you find yourself getting straight back into a high energy groove.

The song will also test the bass response of your system with a perfectly balanced and stunningly deep presentation featuring ever-changing rhythms and moods. It sounds as though it shouldn’t work for the dancefloor, but it absolutely does. 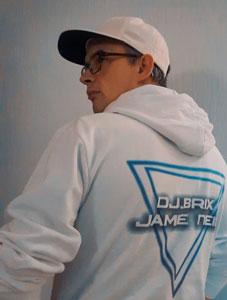 The instrumental “T.I.M.E. – Short Cut Mix” comes out of the box hard as nails, with abrasive synths, throbbing basslines and smashing percussion, before DJ Brix & Jamie Neil move onto “Mythic Voices”, which has melodic vocal elements, but is just as relentless in its rhythmic drive.

“You and Me” sweeps in on soulful vocal and a wave of warm pads before the four-to-the-floor beat explodes into action. The explosive track has DJ Brix & Jamie Neil written all over it, from its chronic build up to the epic drop, while featuring a bunch of synths on steroids.

All hell breaks loose on “Break It”, where the track is packed with jaw dropping synth bass riffs that gets the pulse racing even higher than usual. The growling basslines are soon beautifully replaced by the melodic swing of “Feel The Sun”, featuring plenty of ear-catching piano, oscillating synths and vocal motifs.

The surprises keep on coming with insistent rhythmic push of “Jumanji”, which morphs, expands and transforms into varying and captivating sonic forms. “Is This Right” sounds incredibly clean and proves DJ Brix & Jamie Neil’s flawless mixing skills, as they move from layered harmonic vocals to epic walls of synth, underpinned by a thrusting kick drum. 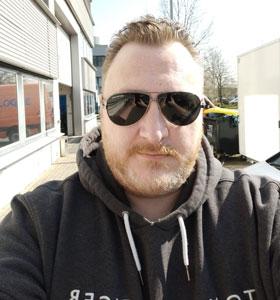 The duo are masterful at building their tracks up by using impeccable chord progressions, and explosive beats. Something they unpack impressively on “Flashback” which is also brimming with melodic vocals. This is followed by the pulsating rhythm and mystical sonics of “Mythic Voices 2 – The 2nd Chapter”.

The album closes with the masterfully constructed track that is “Rebirth”. A magically expansive arrangement that sums up this aural journey, which moves through multiple stylings to create one hell of a debut album.

Throughout this recording, it’s easy to see that DJ Brix & Jamie Neil are incredibly talented when it comes to writing songs. What is even more evident is their ability to transform their songwriting into foot-stomping, and ear-catching productions, which are perfectly executed. This album does not only meet all the EDM requirements, it absolutely smashes them!